The Tygers were one band that caught the eye of a young Lars Ulrich many moons ago. In fact Lars would go on to say they partly inspired him to form Metallica, so that is something to be said in the grand scheme of things. It also showed how the NWOBHM impacted so many young bands in the States during the early to mid 80’s; especially how it also helped to shape the musical sense of the big four of American Thrash. The Tygers would also go one to release the seminal Wild Cat in 1980 and it contained 10 cuts of molten hard rock goodness starting with the bristling “Youthanasia” to get us going wild and then head diving into a series of killer tracks guaranteed to make your neck hairs stand-up on ends. Certainly you can hear echoes of Metallica’s Four Horsemen in a track like “Don’t Touch Me There” and Megadeth’s Devils Island in the track “Money”. The band obviously knew how to write riff-tastic songs thanks to the brilliance of lead guitarist Rob Weir.

The Tygers of Pan Tang would go on to perform until 1987 and then called it quits. Luckily the resurgence in their music convinced Rob to reform the band in 1999, updating the sound and surrounding himself with brand new members. They have since released Mystical (2001), Animal Instinct (2008) and Ambush (2012), proving the band still had life left in them. 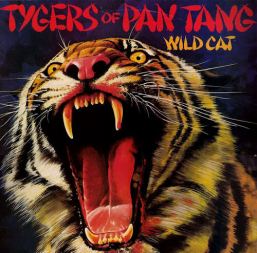 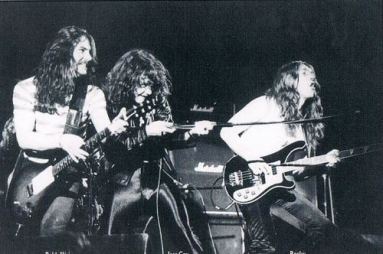