Too Fast For Love

The first release from Motley Crue was said to be recorded in a week. The album had no real major label backing, but they gained popularity quickly through word of mouth. Everyone was just turning 20, except Mick Mars (who was a bit older) and boy could they command an audience; not to mention their outlandish stage presence. The bulk of the music and lyrics were actually written by Nikki Sixx and the album strives for that spontaneous, raw and ratty sound. You can really hear that punk rock/power-pop drive on “Piece of Your Action” and you know it’s magical when “Live Wire” roars into life for the very first time with that killer riff. The title track “Too Fast for Love” burns up in your brain, summing up the whole of being in the moment; being young and crazy. Those lyrics (courtesy of Sixx) prove that the band was young, and essentially out of their minds. This is the true spirit of rock ’n roll; switch blade in your pocket, drink in hand and a bundle of cocaine in your boot.

What’s not like with the Crue? They definitely tore the music scene apart in LA back in the early 80’s and to think they went on to sell 75 million albums over a career that spawned three decades of heavy/glam/hard rock. 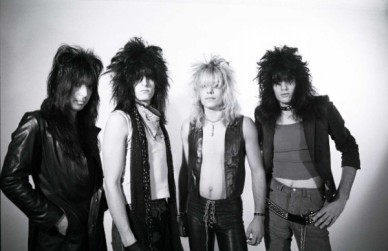