In 1990, AC DC undertook their most publicised world tour in support of the band’s eleventh studio recording, The Razor’s Edge. The album was considered a comeback release of sorts, reaching # 2 on the US Billboard 200 and going multi-platinum with over five million copies sold in the US alone. This was definitely a major feat for the band; spawning successful hits like “Thunderstruck”, “Are You Ready” and “Money Talks”, and was produced by Bruce Fairbairn.

Despite the success of this release, almost everyone in the band was going through personal issues. Singer Brian Johnson was unavailable for several months while he finalized a divorce, drummer Simon Wright left to record with Dio (Lock Up the Wolves) and was ultimately replaced by Chris Slade (Manfred Mann). Even guitarist Malcolm Young was taking time away from touring to recover from a severe bout of alcoholism. Luckily, the band was able to call on nephew Stevie Young to fill in temporarily, while Malcolm got his shit together.

Thankfully, none of the behind the scenes turmoil disrupted the band’s tour, as this period produced AC DC Live Collector’s Edition album as a live version. Many considered this one the best live albums ever recorded by the band. It was also during this tour that the band headlined Monsters of Rock, which was eventually released on DVD as Live at Donington.

My favorite tracks on this release are: “Thunderstruck”, “Fire Your Guns”, “Money Talks”, “The Razor’s Edge”, “Are You Ready” and “Got You by the Balls”. I’m giving this album a solid 9 out of 10 and I consider this album the best release of their 90’s recording period.

A while back, I wrote an article about the boom of online horror shorts that are scaring up…well, the scares, on the World Wide Web.  I had been getting into the medium for a year or so prior to writing said article, but the final push towards motivating me to do such a piece was when I was sent Alfredo Abaunza’s film Family.  It was a lot of fun and had so much spirit that I was inspired not only to write about it, but also to check out what else the filmmaker had done.  I saw several other fantastic shorts of his and recently had the good fortune of being able to take a look at his latest.  It was a more psychological style film called Nothing but Ants.

The viewer begins the experience with the loud sounds and visuals of an everyday crowded public area, contrasted by the stark quiet of the opening credits spliced in.  It makes a bold, strong statement that what we are about to witness is serious and rooted in realism.  Right off the bat I felt a sense of unseen danger; the chaos among the normally mundane.

From there, Nothing but Ants takes the viewer on a journey surrounding a day in the life of a young man.  As with any short work, to explain too much would be to give away most of the project. I will say that the film gives the viewer a thorough and introspective look into the character’s mind in an impressively short time.  It does this while still keeping the audience at bay and separated from the primary person of interest.  We are shown what he has to deal with, how he is seen by others.  His true state and inner turmoil are only shown to us in glimpses.

The use of locations provides a feeling of both intimacy and legitimacy.  The subway, the landscapes, and the outside atmosphere all give the film an ominous feel that carries throughout. The tension builds in such a way where every moment starts to take on its own sinister tone. The music and dialogue are both minimalist, which only accents how strongly they work together. The acting and editing also compliment each other wonderfully and help the film itself leave an impression.

To give away much more would only unravel the tightly wound scenario, but I will say that it’s a film you may find yourself wanting to revisit once it’s all over.  It is a thrilling piece that shows the broad talents of the filmmaker.  It ends on a bold note, solemn and perfectly in line with the overall feeling of the project.

Nothing But Ants has been entered into several current festivals and will soon after be available to view online.  It’s a project that I recommend checking out when possible.  It’s a consistent piece of suspense that will stay with you once the final credits have rolled.

In 1987, Whitesnake released its most successful album selling 8 million copies in the US, thus going platinum eight times over. The album also landed at No.2 on the Billboard 200 and No. 8 on the UK charts; spawning the hit “Is This Love” and an even bigger hit in “Still of the Night”. Joining David Coverdale for the album was guitarist John Sykes (Blue Murder and Thin Lizzy), bassist Neil Murray and drummer Aynsley Dunbar. The album also spotlighted another major hit in “Here I Go Again” – which also featured additional guitar duties from Dutch player Adrian Vandenberg. Keyboard players Don Airey and Bill Cuomo were also brought in for additional duties to help bolster the overall sound of the album.

Unfortunately due to personal differences that Coverdale had with his band mates, he let them all go just after the completion of recording. For the new line-up, Coverdale reached out to guitarists Adrian Vandenberg and Vivian Campbell (from Dio), then enlisting Rudy Sarzo on bass and Tommy Aldridge on drums. The new line-up toured in support of the album and also all appeared in the videos for several of the songs featured from the album.

The album features several great tracks. Songs like: “Crying in the Rain”, “Still of the Night”, “Here I Go Again”, “Is This Love” and “Children of the Night” are all pure rock classics. I am giving this album a solid 8 out of 10. 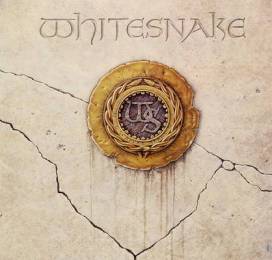 Hall of the Mountain King

The fourth studio album from Savatage really pushed the Oliva brothers into the mainstream metal arena with a stellar release of pure metallic genius. The album marked the beginning of the band’s progressive leanings and is considered to be the turning point in their quest for a clear cut musical identity. At times classy and prolific sounding, Hall of the Mountain King creates a dark and often complex tone. Utilizing classical arrangements (specifically Grieg’s In the Hall of the Mountain King from Peer Gynt suite) for the core sound of “Prelude to Madness”. The Oliva’s also incorporated Mars, Bringer of War from Gustav Holst’s suite – Planets into the opening section of the song. The usage of classical arrangements to metal songs was ideal for the time, giving way to some incredible pieces of guitar wizardry.

Tracks like “Beyond the Doors of the Dark”, “Legions” and “Hall of the Mountain King” bring out some meaty tones, pushing the power metal template full steam ahead. There’s no mistaking the seriousness in their sound and aided by producer Paul O’Neill, the band became a force of chugging sounds and harmonic brilliance. Their commanding presence wasn’t just in the music, but also the album cover displayed the powerful artwork of Gary Smith, who was airbrushing all of lead guitarist Criss Oliva’s guitars at the time. Obviously this was a band finding an identity to which this album will always be credited starting off their progressive period. The album even managed to reach number 116 in the Billboard 200 albums chart in 1987.

Some of the standout tracks are: “Beyond the Doors of the Dark”, “Legions” “Prelude to Madness”, and “Hall of the Mountain King”. I’m giving this release a solid 8 out of 10. 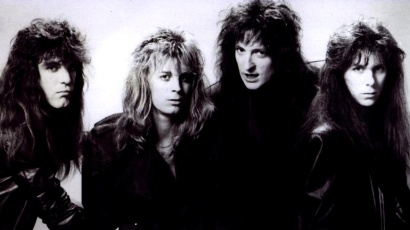