The band was formed by  Zoya Belous and  Dmitrii Prihodko in 2010. In 2012 they released their debut EP “Tempest”, and in 2014 the band released a full length album “Esperoza”. This was followed by concerts, festivals and a tour in Moldova, Serbia, Croatia, Hungary, Slovakia, Poland and Ukraine. 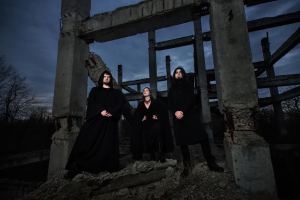