At the age of sixteen, you reach that milestone you’ve dreamed so much about: getting your driver’s license. When that age rolled around for me; along with the keys to my first car, I experienced another milestone:  I discovered Bad Company.  The song was “Feel Like Making Love.”  I believe I also heard Free’s “Alright Now” for the first time around that period. What did I feel when I heard these songs?  Free spirited (no pun intended), a feeling no other music had or since then allowed me to feel.

Their simple guitar licks and drum patterns is only scraping the surface of the rich and melodic nature of this band’s music. It is worth mentioning that Paul Rodgers brought guitarist Mick Ralphs and drummer Simon Kiren from Free to form Bad Company. To use some Amazon-ese, those who like Free will also like Bad Company.

Straight Shooter was Bad Company’s sophomore album, only a year behind their debut album Bad Company. In addition to a musical style that effortlessly appeals to anybody, they wrote songs with relevant messages. The decade of the 1970s had more than its fair share of rock legends in the infancy of their influential career, not the least of whom KISS, Heart, and Led Zeppelin. It was also en vogue  to have a song title of the same name of the band. Therefore, two timely songs from Bad Company include “Rock and Roll Fantasy” and “Bad Company.”

Continuing in that relevance vein, Straight Shooter comprises the hits of “Shooting Star” and “Feel Like Making Love.” The former is a powerful autobiographical story of Johnny’s quick rise and fall as a rock star, up to and including his drug-and alcohol-induced (and maybe predictable) death. Nineteen seventies music also had drastic changes in tempo.  “Feel Like Making Love” song is one example, done with easy flow.

Like everyone in my generation, I am ever lamenting great music is a lost art. What I also I miss is finding out what songs on an album will be “hits” or “misses.” If a song became a hit, I loved knowing all the words to the song beforehand. Listening to both Bad Company and Straight Shooter, and doing this retrospective review of the latter, I  find there is a great balance between their “hits” and “misses,” the latter by no means lacking quality.

Here it is, over twenty-five years since those simultaneous personal milestones of mine, and over forty since the release of Straight Shooter-and it seems to me this band is overlooked and understated in what they contributed to 1970s rock music. 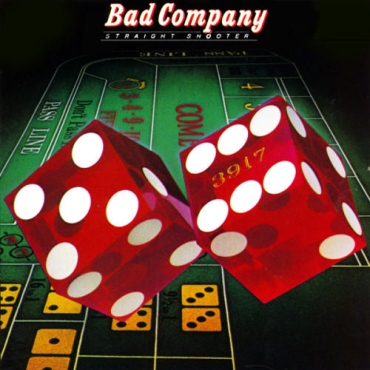 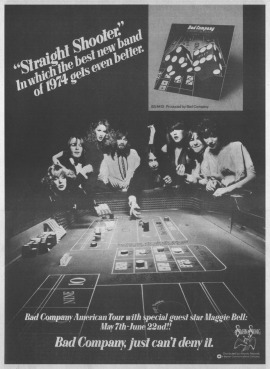